Del Piero currently holds the record for most appearances (705) and goals scored (290) by a Juventus player. For almost two decades, he had the prestigious honor of wearing the number 10 for Juventus, and was the first club player to have his name matched with that shirt.

He resides now with his family in Los Angeles and owns a fancy restaurant named No.10 where Fabian usually goes for dinner with his wife and friends. The portrait was commissioned for the player in October 2018. 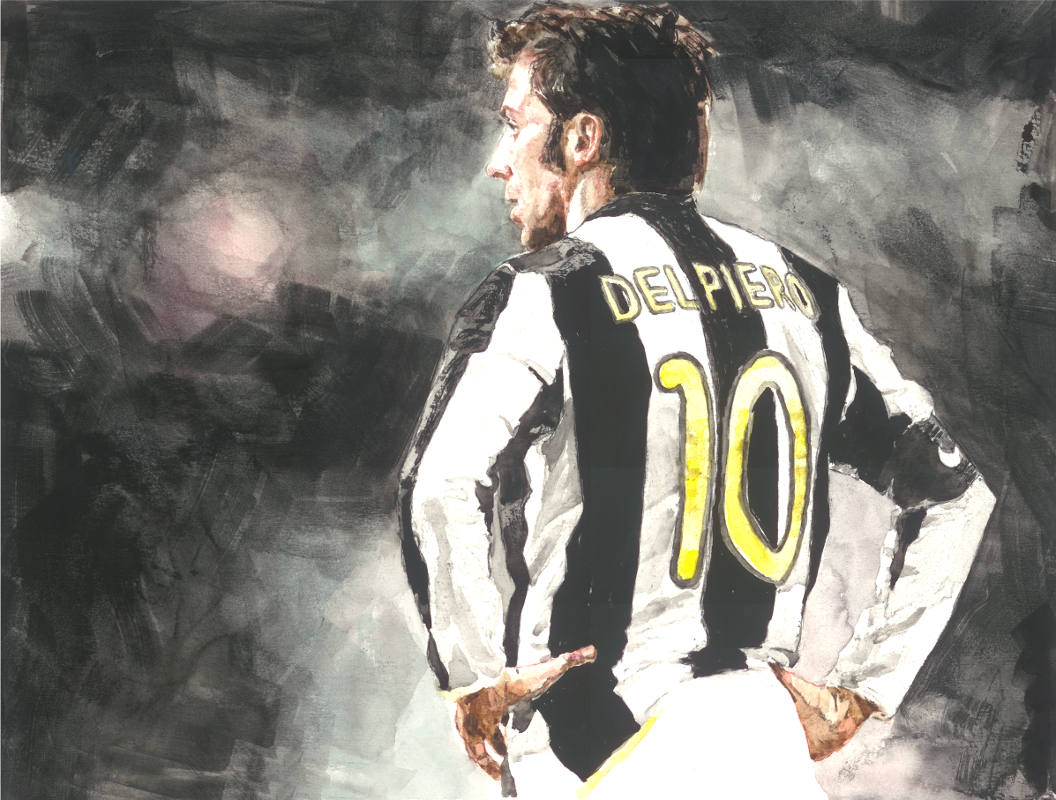