In November 2018 during Fabian’s tour in the United Kingdom, the artist had been invited to the Etihad Stadium, not just to enjoy watching Manchester City beat Shakhtar Donetsk 6-0 in the Champions League, but also to present the portraits of City team’s star striker, Sergio Agüero from Argentina and awarded manager Pep Guardiola.

Agüero becomes the youngest player to play in the Argentine Primera Division on his debut at 15 years old, breaking the record previously established by Diego Maradona. He is currently the maximum goal scorer for the City Manchester in the Premier League history with over 160 goals in the division.

Fabian and Sergio started a nice relationship since then. The soccer player has now a nice Perez collection that includes not only his own portrait but also members of his family. 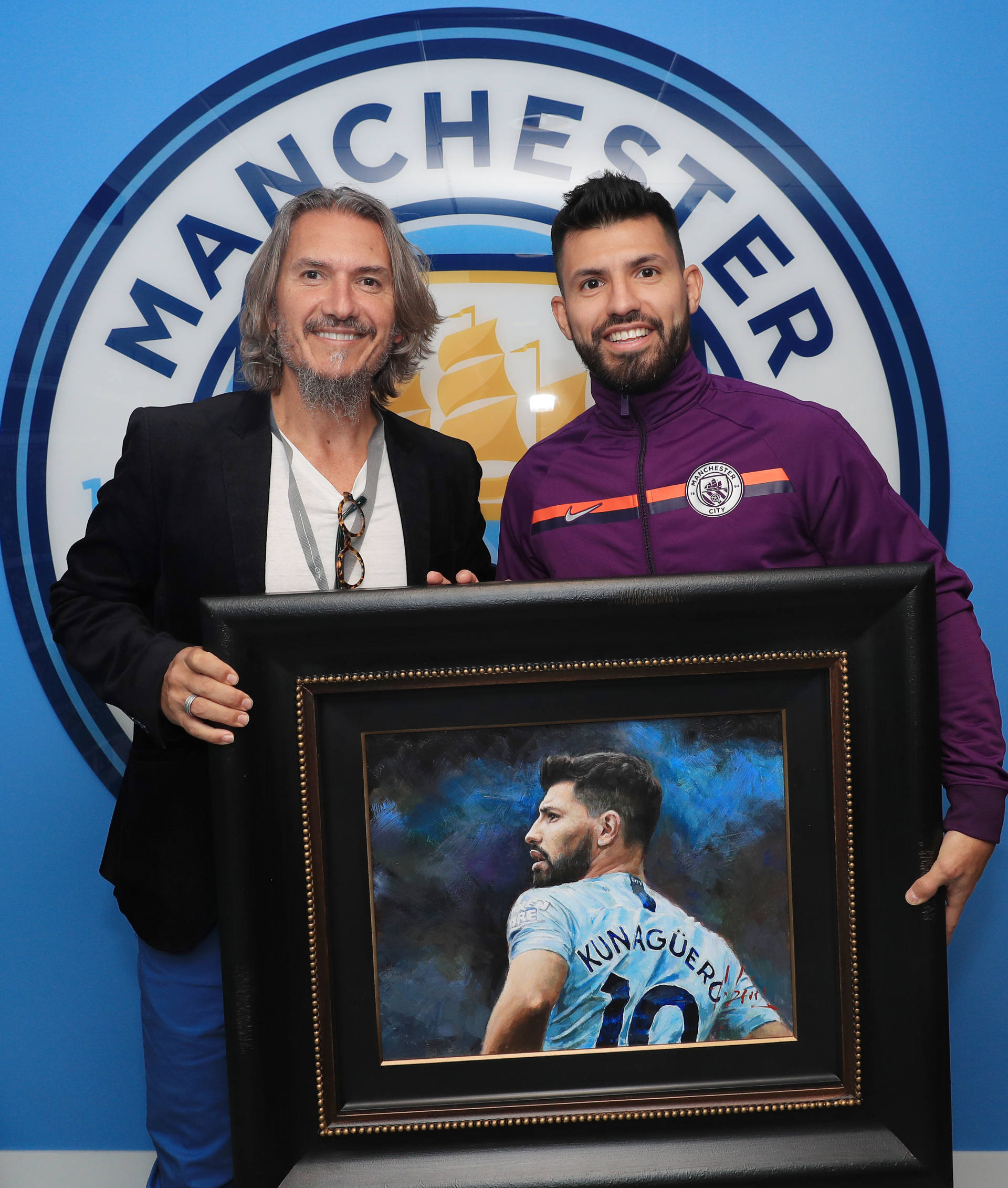 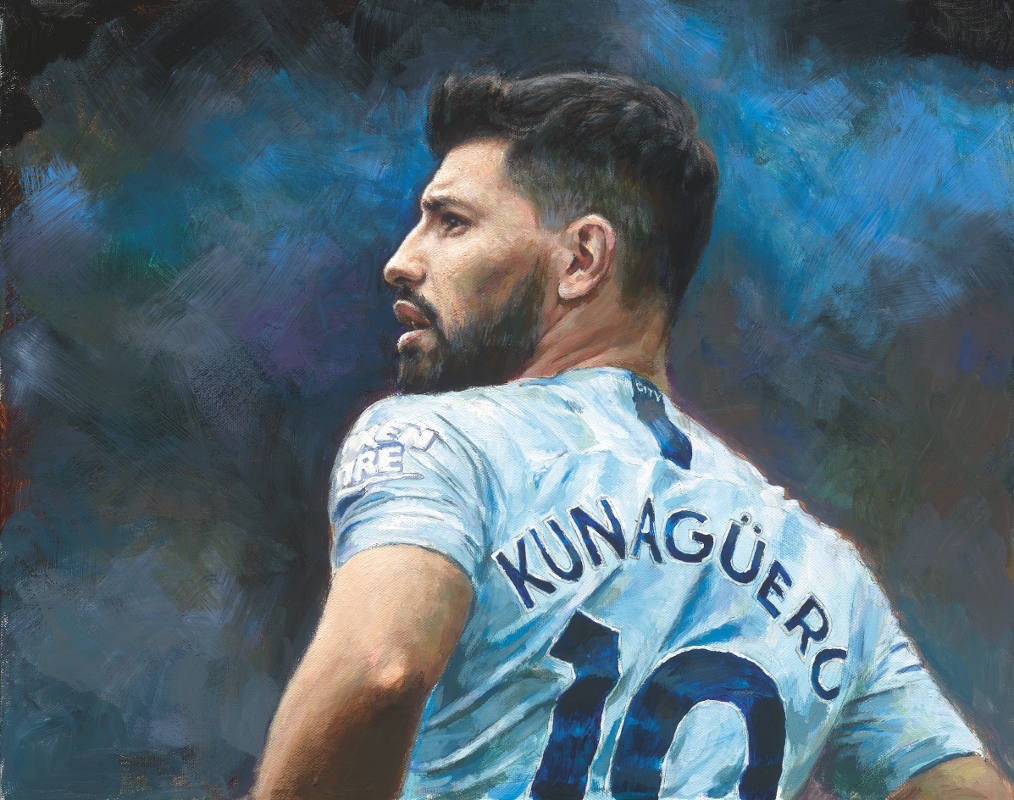 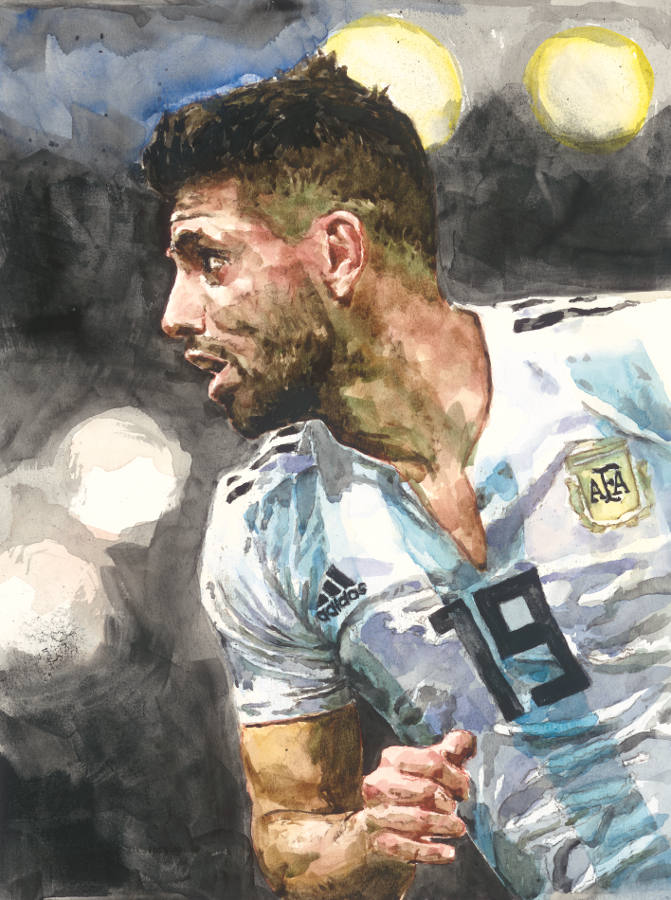