After Pope Francis was elected Pope Benedict XVI’s successor on March 13, 2013, Fabian decided to portrait him. Once the painting was finished, it was his goal to present it face to face to the Pope.

By the end of 2015 the dream came true and Fabian got invited from the pontiff’s right-hand, Monseñor Guillermo Karcher, to the Vatican City.

The Perez family flew to Rome within five days of hearing the news for this. They attended the Papal Audience where the painting was presented.

Francis walked up to Fabian and said, “When I see this painting, I see a reflection of myself”

“Those words fulfilled my whole trip. I remember I was so happy and in a deep emotion that after I left the Vatican I sat with my wife for a coffee and we started laughing and laughing without sense for the moment we just experienced and those laughs ended in tears. As a portrait artist, I think he was the most popular person at the moment and after a long silence I asked myself, now what?”

According with the pontiff’s private secretary, Francis was so fond of the piece that he did not hang it in the Vatican collection as originally planned. Instead, he wanted it to himself. This was a real delight for Fabian. 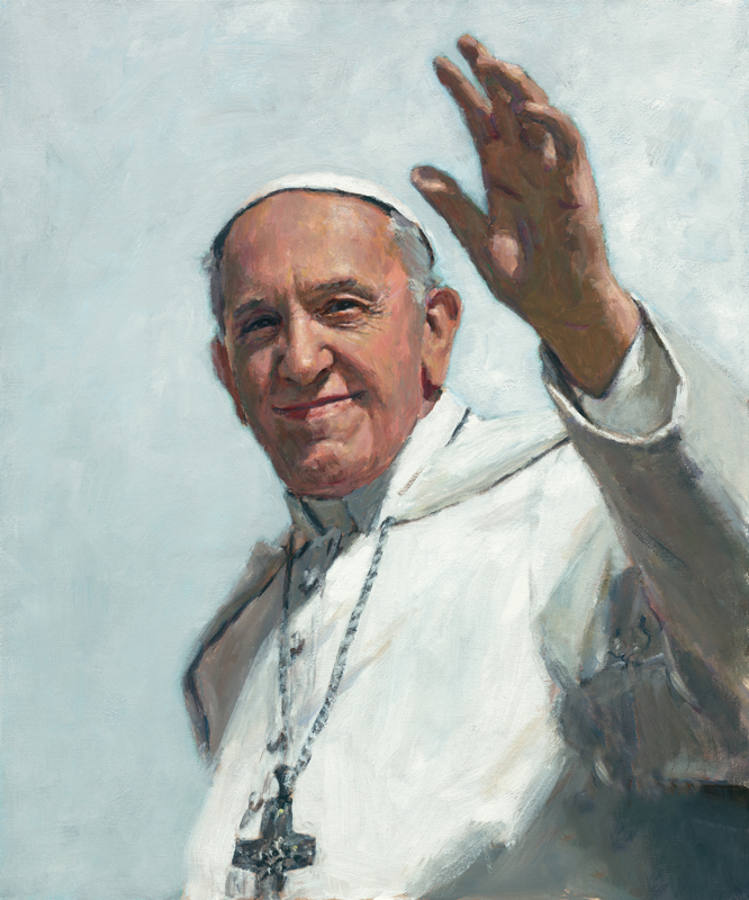