Starr was the first member of The Beatles that Fabian decided to portrait back in 2017. The artist and his wife are lifelong fans of The Beatles, passing that passion to their kids whom have a band together and play The Beatles songs every day.

Fabian wanted to introduce his youngest son Santino (a drummer since the age of four) to one of the greatest drummers of all time and a person that struggled a lot as a child but was able to overcome the difficulties and become a living legend in music heard by all generations.

The portrait was on the wall of the Perez’s family Bar where Santino’s drums are. But in the middle of 2018, whilst Ringo was touring in the States, Fabian was invited by a gallery in Denver and Ringo’s Art Manager, to meet Starr in person.

He had no doubt that it would be the perfect opportunity to deliver the painting to Ringo.

For Lucy, it was hard to take down from the wall, but meeting him personally and appreciating his music was the real treat. Today, a Limited Edition created by Ringo is hanging where his portrait was. The Perez’s couple received a Ringo Starr Limited Edition titled “4 Ringos” signed by the drummer. The musician created his art to collect money that goes 100% to support the Lotus Foundation. 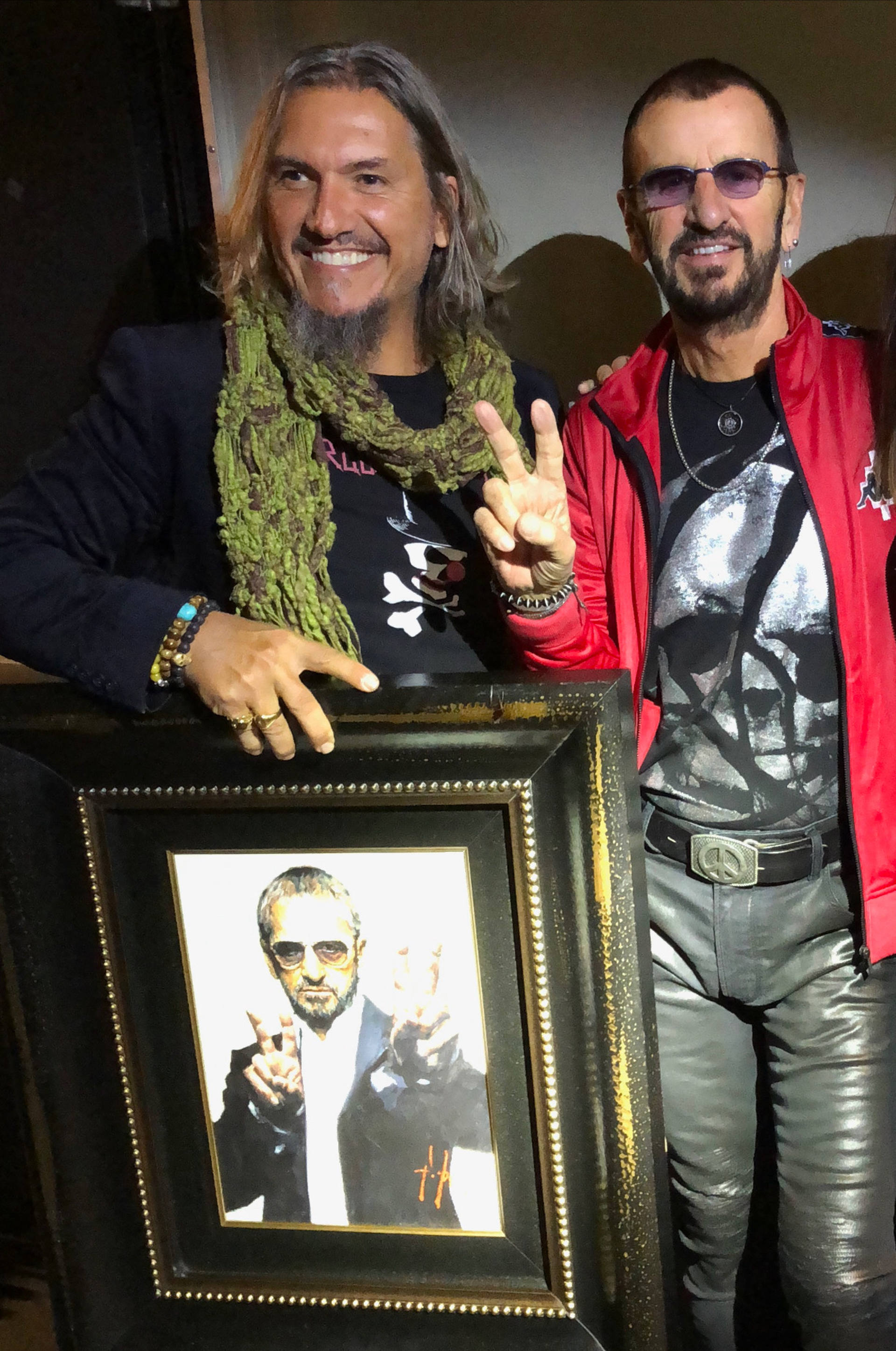