In May 2019, Quincy Jones was named one of the Honorees for the American ICON Awards event of that year. The great international boxer Evander Holyfield was honoree as well, and Hollywood Actor Al Pacino was the Icon of the award.

Fabian was invited by the members of said organization to portray them and to present the paintings during the dinner event that took place in Beverly Hills Hotel, California.

Quincy Jones is a legend honored for his extensive career in the entertainment industry. As a record producer, musician, composer, and film producer his career has spanned over many decades in an unparalleled success. 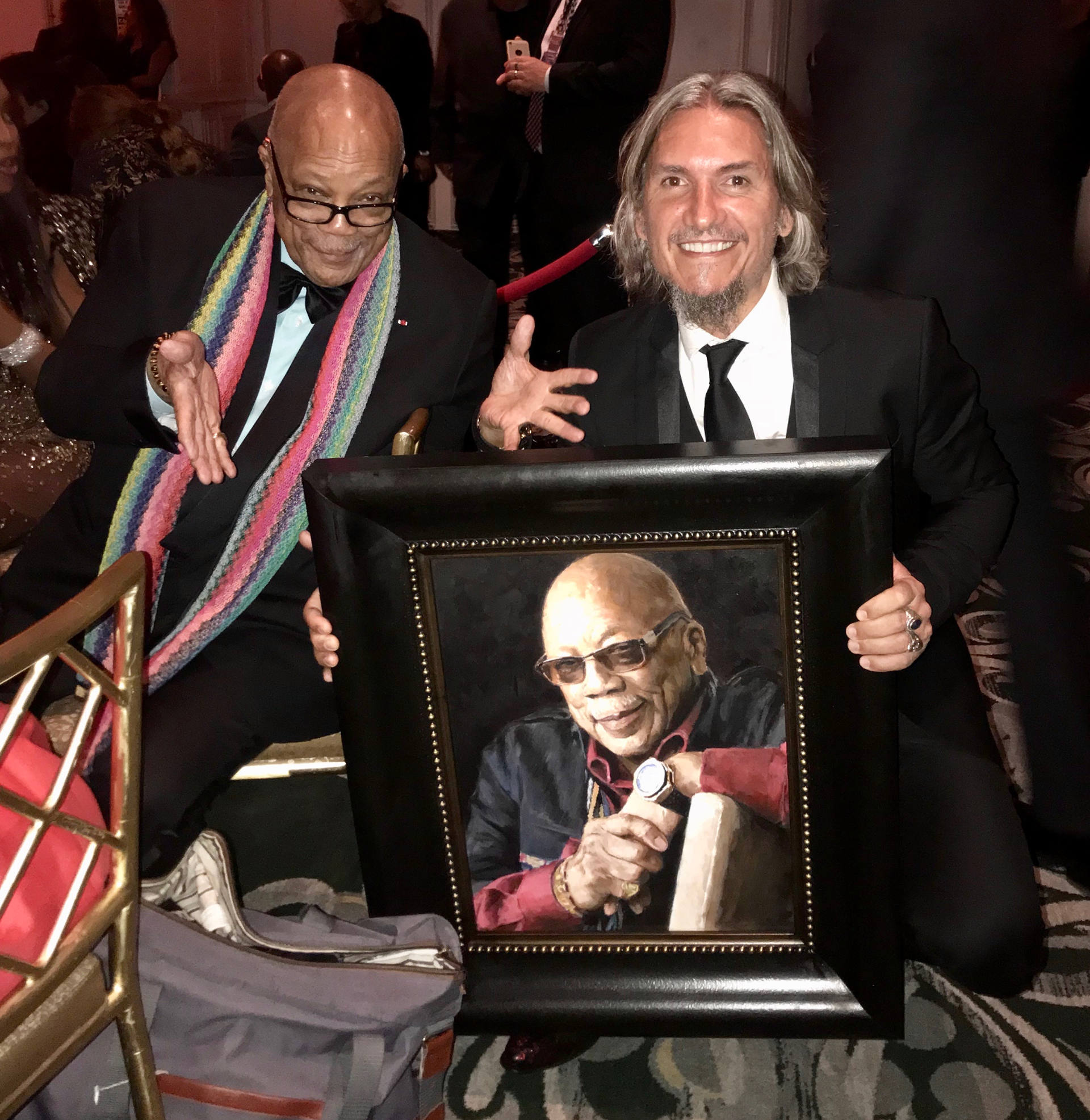 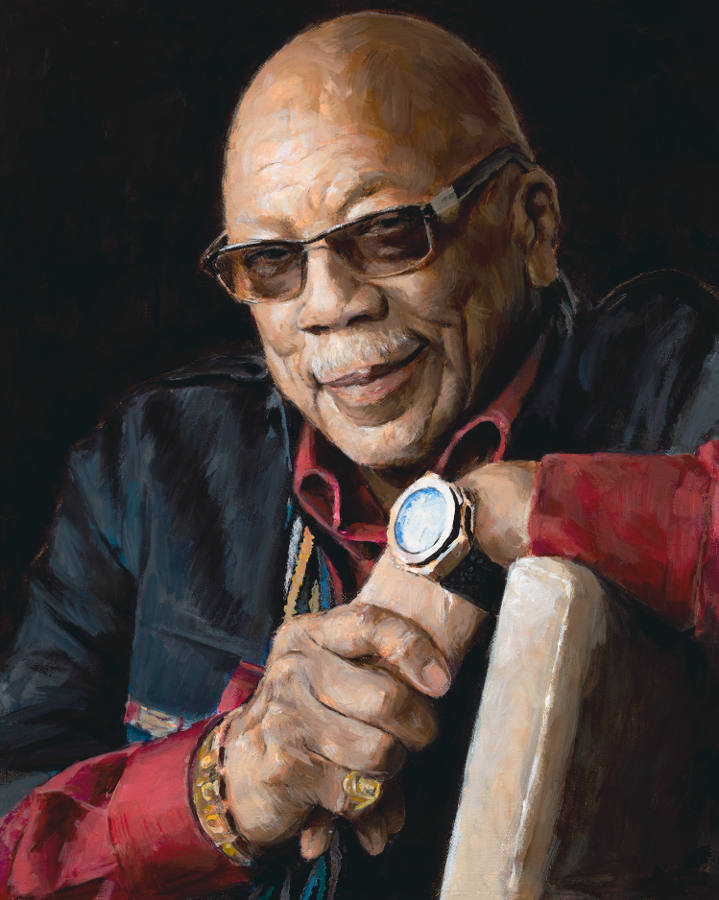